San Diego Mardi Gras is San Diego’s most beloved nightlife street party. The party that San Diegans know and love will return to 5th Avenue Gaslamp Downtown on February 17th, 2015 and will bring back the performers, parade, and spectacle that sets the standard for San Diego nightlife and entertainment. Exciting and enticing stage and street performances with new energetic groups will bring the WOW factor this event like never before. 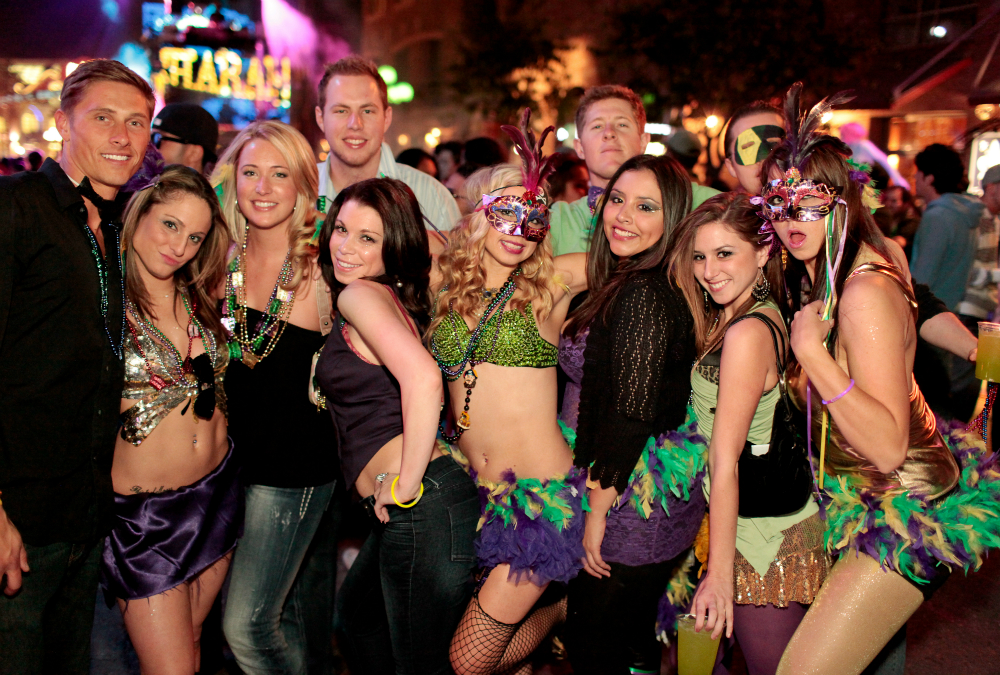 The Return of the Mardi Gras Parade!

The Gaslamp Quarter Mardi Gras parade is back! At the top of 5th Avenue and E Street the Mardi Gras parade begins to erupt in sound and visual splendor lead by multiple music groups, roving performers, the Grand Marshall and extravagant floats that will consist of over a hundred people. The parade will roll at 9:00 PM to hype up the crowd for the floats and to tie in a traditional New Orleans parade performance staple.

The night will hit its peak as the music fades and stages go dark. A roar of music beings to play in unison down 5th Avenue exciting guests for what is to come. The lights will begin to move and draw focus down 5th Avenue.

If you or your group would like to be part of the parade this year, here is a link to the application. Remember, Mardi Gras in the Gaslamp only takes the best floats, so make yours stupendous!

Note: Mardi Gras is a 21+ event and that a valid ID is required upon entry