Published by sandiegovips On December 10, 2015 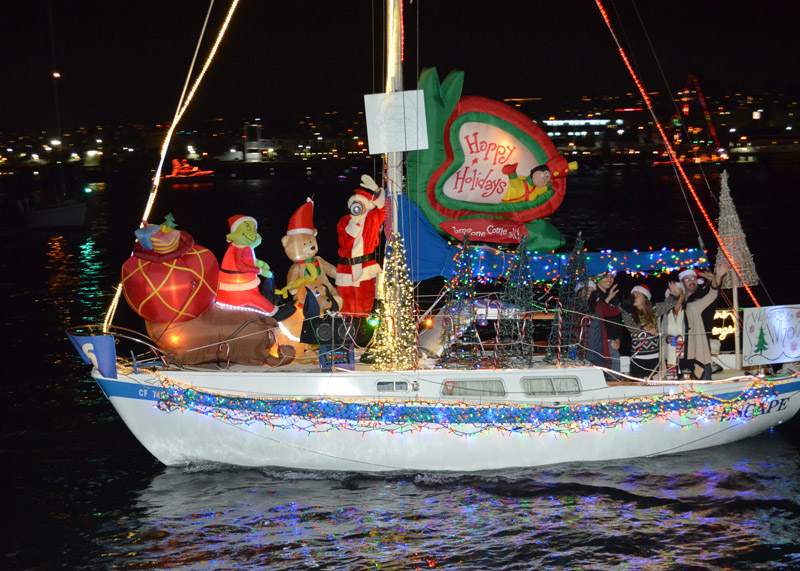 Prices for Winners: Cruises, 5 Star Hotel Stays and much more

The Awards Presentation dinner will be on January 6, 2016 at 6pm at Tom Ham’s Lighthouse on Harbor Island. Your parade registration includes two complimentary tickets that will be held at the door in your name. Additional Awards Banquet admission tickets can be purchased on the website for $35 in advance ($50 at the door). 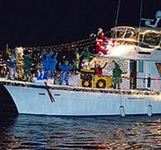 What: Parade of Lights
When: Sunday December 13, 2015
Where: San Diego Maritime Museum
Description: See the annual parade of Lights on San Diego Bay from the historic ferryboat Berkeley at the Maritime Museum of San Diego. The parade judges are stationed aboard the steam yacht Medea, and the brightly decorated boats pull out all the stops when they pass by.

As the parade wraps up, be sure to grab your goodie bag full of fun samples, toys, coupons, and other goodies for your festive fur friends at the FREE Pet Expo, open to the public from 1:00pm to 5:00pm. Entry to participate in the parade is only $15 per pet and pet owner duo in advance, and $20 day of. Participants are encouraged to register in advance as space in the parade is limited and will fill up fast! 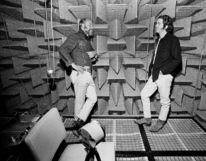 What: Robert Irwin: Light and Space
When: Friday December 11 to Sunday, December 13, 2015
Where: Museum of Contemporary Art San Diego
Description: Light itself focuses and diffuses our gaze in Irwin’s environmental light installation Light and Space (2007). In this work—developed during Irwin’s residency in MCASD’s Robert Caplan Artist-in-Residence Studio—he uses fluorescent light tubes alone as the main triggers of a mass-less, enveloping perceptual experience. 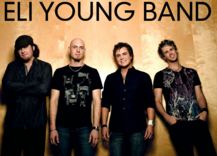 What: Eli Young Band – Kevin Fowler
When: Friday December 11, 2015
Where: House of Blues San Diego
Description: Somewhere in the midst of 10,000 towns, along a lonely highway between packing clubs in their native Texas years ago and more recently performing stadiums on one of country music’s hottest tours, the Eli Young Band became more than a band. They became a brotherhood. Camaraderie and creativity fused into an intoxicating cocktail that has propelled the talented foursome to the vanguard of contemporary country music. 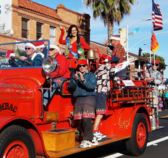 What: PB Holiday Parade
When: Saturday December 12, 2015
Where: Garnet Ave, Pacific beach, San Diego
Description: It’s everyone’s favorite time of year! This year, Pacific Beach will be hosting it’s 36th Annual Holiday Parade on December 12th at 1pm! Don’t miss this fun and festive event to celebrate the holidays! This years’ theme will be A Beachin’ Holiday to celebrate all things fun in the sun we are lucky to have in San Diego during the holidays. So come cheer on your favorite marching bands, floats, and much more including a visit from Santa to start you holiday cheer! For more information on how to get involved, please visit www.pacificbeach.org 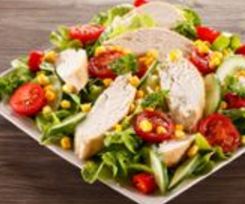 What: Toast Of Downtown
When: Saturday December 12, 2015
Where: Gaslamp Quarter 5th and Broadaway San Diego
Description: Raise your glasses! It’s time to toast the holidays with delicious cocktail samples, bites from local menus, and discounts at over 20 downtown shops. With the holidays just around the corner, the Toast of Downtown will bring festive feelings and a holly jolly good time to Downtown San Diego this winter.

Purchase your tickets early for only $20 or $30 the day of the event. Make sure to swing by the will call to get your toasting ticket!  Toast of Downtown is the perfect way to spend an afternoon festively feasting as you stroll your way through two dozen of the most delicious Gaslamp and East Village restaurants! 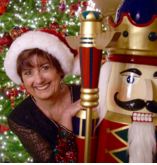 Karen will be singing and playing piano and some great guest performers, including Sacha Boutros, Alan Land and Joe Savant, will be joining her.

Karen is well known for her many years of performing and entertaining in the Plaza Bar at the Westgate and at Inn at the Park among other venues.

There’s no cover charge for this fun event so join us for a very entertaining evening of music, laughter, and old (and new!) friends. Drinks (including new holiday libations) and food available for purchase. Happy Hour prices until 7:00 PM.

Check out our latest hand selected Holiday shopping deals and coupons from thousands of advertisers online at MyVoucherDeals.com.