Published by sandiegovips On December 10, 2014 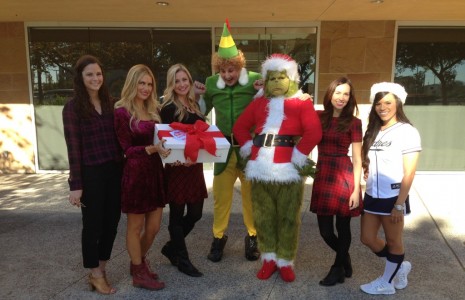 What: Holiday Wonderland at Petco Park
When: Ongoing till December, 24, 2014
Where: Petco Park, Downtown, San Diego
Description: Holiday Wonderland at Petco Park provides a spectacular holiday destination for all. Open for 12 nights in December, there will be fun for people of all ages. Get in the spirit and walk through the magical lighting displays, ride Polar Express trains, explore Candyland, feed live reindeer, take a photo with Santa near a 40′-tall Christmas Tree, enjoy the festive fare and so much more! 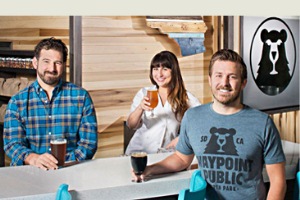 What: 12 Beers of Christmas | Holiday Food & Beer Pairings
When: Friday December 12, 2014
Where: Waypoint Public, San Diego
Description: As one of the city’s finest locales pioneering beer and food pairings (Draft Magazine’s “Best New Beer Restaurants” 2014) , Waypoint Public is ringing in the holiday spirit in a truly suds-centric, San Diego-fashion with their 12 Beers of Christmas series. Beginning on December 12th, Waypoint will debut a special plate & pint pairing featuring one the season’s hottest holiday brews accompanied by acomplimentary (free!) bite to match. One pairing will be featured each day from Friday, December 12th through Tuesday, December 23rd. 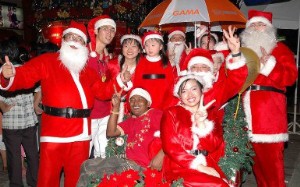 What: Christmas in the Village
When: Friday December 12, 2014
Where: La Mesa Village Merchant’s Association
Description: Discover a Dazzling Light Display at the 25 Annual Christmas in the Village Event on December 12 and 13. Once again the La Mesa Village will be a gift to San Diego as downtown La Mesa Boulevard will be turned into an old fashioned Victorian Christmas wonderland. “This is our 25th year,” says Executive Director John Vigil, “and it’s the 50th anniversary of the Vietnam War so we will be honoring Vietnam Vets.”

The free Christmas in the Village event will have entertainment for the whole family. Shops will stay open late so you can get all your shopping done. There will also be strolling minstrels, carolers, live music, carnival rides and puppet shows and a parade that starts at 5 p.m.The event takes place Friday and Saturday evenings from 5 to 10 p.m.,December 12 and 13 on La Mesa Boulevard between Acacia avenue and Fourth street. 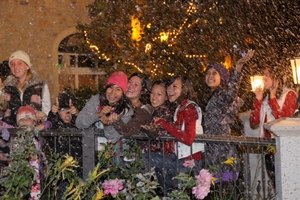 What: Magical Snowfall
When: Friday December 12, 2014
Where: Village Walk at EastLake
Description: Nightly Snowfall is Favorite Holiday Tradition. A free nightly snowfall event in San Diego County is a must visit holiday tradition. Each night, from December 1 – 24, magical snow will fall at 6 p.m. and 7 p.m. with choreographed music and dazzling lights at Village Walk at EastLake. Children will receive free Santa’s Helper headbands and “magic” glasses to watch the snow fall in rainbow colors.

During the holiday season, community caroling groups will entertain guests with favorite Christmas music between the 6 p.m. and 7 p.m. snowfalls near the Koi Pond at the beautiful shopping center 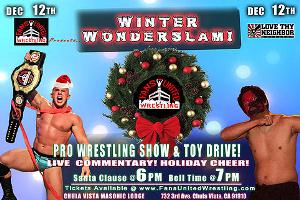 What: Winter Wonderslam! – presented by Fans United Wrestling
When: Friday December 12, 2014
Where: Chula Vista Masonic Center, San Diego
Description: Fans United Wrestling gives you one more bit of fun before the year is out, teaming up with “Ruben Torres Presents” and the “Love Thy Neighbor” Movement to put on a Holiday themed show and charity toy drive at the Chula Vista Masonic Center on December 12th!

This show will be for all ages! Featuring at least six matches, live commentary, a title defense of the FUW Heavyweight Championship, and even an appearance by Saint Nick himself, SANTA CLAUSE! Come let him know what you’d like for Christmas while helping someone less fortunate celebrate theirs!

Doors currently scheduled to open at 6pm (at which time kids can meet Santa), with bell time for the first match being at approximately 7pm! 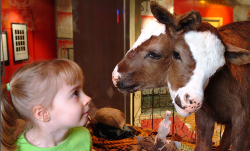 For over 40 years, Robert Ripley – a real-life Indiana Jones – traveled the world collecting the unbelievable, the inexplicable and the one-of-a-kind. His vast collections, praised as “amazing,” “ludicrously strange,” and “extremely amusing,” are now on display for a limited time!

Ripley’s Believe It or Not! is open daily from 10:00am to 4:30pm. The Museum is closed Thanksgiving and Christmas Day. 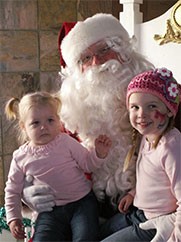 What: 3rd Annual Christmas on Maple
When: Saturday December 13, 2014
Where: Downtown Escondido
Description: Escondido Events is excited to announce the 3rd Annual Christmas on Maple in historic downtown Escondido. Santa will join us as we come together as a community on Maple Street Plaza at Grand Avenue to celebrate the traditional spirit of Christmas. This is a FREE family-friendly event!This event will follow the 64th annual Escondido Jaycees Christmas Parade. 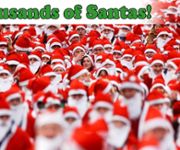 What: Ultimate Santa Run
When: Saturday December 13, 2014
Where: NTC Park at Liberty Station
Description: The Ultimate Santa Run is the most joyous 5k Fun Run/Walk on Earth! Join thousands of others all dressed up in their favorite red suits to celebrate the season! Walk, Jog, or Dance your way through this 5k course filled with your favorite seasonal music and thousands of Santas! Don’t miss the Milk/Cookie zone to help re-fuel your body along the way! Cross through Candy Cane Lane’s Finish Line into a Christmas Celebration like no other! We’ll have falling snow), more Milk/Cookies, plenty of Christmas Music, Santa Dances, Photo Opportunities, Entertainment & tons more! 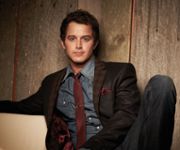 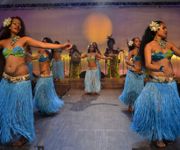 This show will also include the beautiful dances if Halau o Na Ali’i and Healii O Nalani’s Polynesian Revuew.
Cost: $45 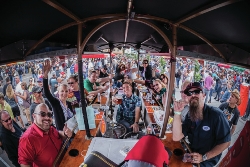 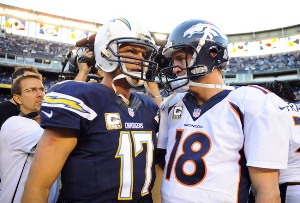 What: San Diego Chargers vs. Denver Broncos
When: Sunday December 14, 2014
Where: Qualcomm Stadium, San Diego
Description: It’s game time! Come cheer on your San Diego Chargers to victory in the Qualcomm Stadium! Watch them crush their opponent! With head coach Mike McCoy calling the plays and some fresh new talent on the field, this looks like a promising season for the Chargers! Bring the whole family for a fun football tradition that’s been enjoyed by many since 1959!

The San Diego Chargers can trace their lineage to August 1959, when Barron Hilton met with representatives from five other cities to discuss a proposed football league, which later became known as the American Football League. 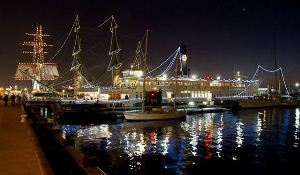 What: Parade of Lights
When: Sunday December 14, 2014
Where: Maritime Museum of San Diego
Description: The San Diego Bay Parade of Lights is a time-honored holiday tradition brought to San Diego by the boating community.

Join us this December for our annual Parade of Lights Dinner and Parade viewing. For more information visit www.sdmaritime.org or call 619-234-9153 x106 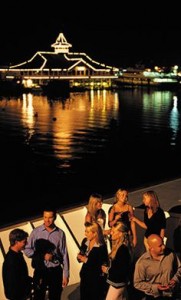 What: Parade of Lights Dinner Cruise
When: Sunday December 14, 2014
Where: Hornblower Cruises & Events
Description: Watch the festively decorated local boats as they make their way around the bay. Enjoy the sights and lights from your comfortable table on board our yacht!

Get the latest Christmas deals & Holiday Shopping sales from thousands of advertisers online at MyVoucherDeals.com.