Published by sandiegovips On November 20, 2014 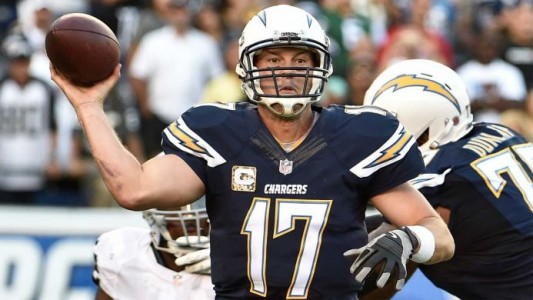 What: San Diego Chargers vs. St. Louis Rams
When: Sunday November 23, 2014
Where: Qualcomm Stadium, San Diego
Description: It’s game time! Come cheer on your San Diego Chargers to victory in the Qualcomm Stadium! Watch them crush their opponent! With head coach Mike McCoy calling the plays and some fresh new talent on the field, this looks like a promising season for the Chargers! Bring the whole family for a fun football tradition that’s been enjoyed by many since 1959!

Come see how they do during the 2014/2015 season! So get your Chargers tickets now and we’ll see you there! 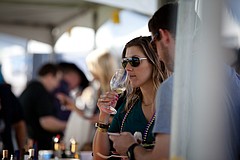 What: San Diego Bay Wine and Food Festival
When: Friday November 21, 2014
Where: Embarcadero Marina Park North, San Diego
Description: The San Diego Bay Wine & Food Festival returns November 16-23, 2014, and this year is bigger and better than ever. Celebrate 11 years in the making with new events, the best wines in the world and some of today’s biggest celebrity chefs and culinary personalities. Join over 200 wineries, breweries and spirit purveyors, 70 of San Diego’s best restaurants, and 10,000 wine and food aficionados from across the nation for the biggest wine and food celebration on the West Coast. 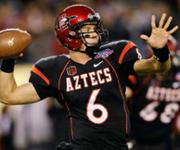 What: San Diego State Football – vs. Air Force
When: Friday November 21, 2014
Where: Qualcomm Stadium, San Diego
Description: Don’t miss your San Diego State Aztecs as they go head to head with their opponent right here at the Qualcomm Stadium! With the leadership of head coach Rocky Long, The Aztecs are staring at a promising season! When asked about the teams intensity at a recent press conference, Long replied, “It’s at its highest this season, but that’s where it should be. As long as the intensity stays high and we’re on top of our assignments, then it shouldn’t be a problem at all.” Come cheer on your favorite team as they kick, pass, and punt their way to the top! Whether San Diego State is your alma mater or not, we want to see you there! 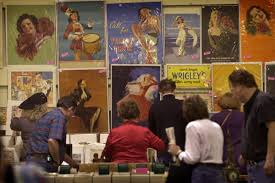 What: The Del Mar Antique Show
When: Friday November 21 to Sunday November  23, 2014
Where: Del Mar Fairgrounds
Description: The Del Mar Antique Show & Sale is celebrating it’s 53rd great year at the O’Brien Pavilion at the beautiful Del Mar Fairgrounds November 21 – 23, 2014. Exit off the 5 freeway at Via de la Valle, turn west and you can come in either the main gate on Jimmy Durante Blvd or the Solana Gate which is straight ahead on the left side of Via de la Valle. The appraisal people will be back for all 3 days of the show and their rate is still only $5 per item. Also, our great repair & restoration people will be there to help you make your damaged treasures as good as new. They are able to repair all types of glass & crystal, pottery & porcelain, furniture, jewelry, art and much more. General admission is still only $8 and children are free. Don’t forget to get the special Internet Discount Coupon, worth 50% off per person at the door. Plus your single admission charge is good for the entire 3-day run of the show, when you get a return pass upon leaving. 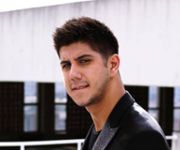 What: SoMo – Francesco Yates Concert
When: Friday November 21, 2014
Where: House of Blues San Diego
Description: SoMo—aka Joseph Somers-Morales—will never forget being on stage as a kid. At six-years-old, he sang at a popular club on historic 6th Street in Austin, TX. “I was way too young to be in a bar,” he laughs. However, his life took a bit of a detour away from music for quite some time. It certainly loomed in the background, but he had other things on his mind.

Throughout 2012, the singer and songwriter began to buckle down and work on his first original music. His efforts in the studio yielded the independent debut mixtape, My Life.

Speaking directly to his fans, he offered up new music each week, and the series has accrued 50 million-plus views on YouTube. As “Ride” continued to gain steam, SoMo hit the road for a sold out headline tour. Struck by all of his success, Republic Records reached out and offered him a deal in October 2013. Come to House of Blues San Diego this Friday and see him performing LIVE among you. 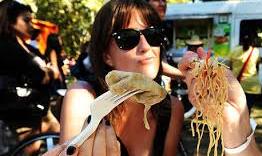 What: Fall Food Truck Festival
When: Saturday November 22, 2014
Where: Del Mar Racetrack
Description: Bring your appetite on Saturday, as some of the tastiest food on wheels comes to Del Mar for the Fall Food Truck Festival. Enjoy a variety of some of the hottest eats in Southern California as 40 food trucks are expected, all in one location, with gourmet chefs serving their eclectic bests at super prices (most items $4-$8). ??Participating trucks include fan favorites such as The Grilled Cheese Truck, Cousins Maine Lobster, The Lime Truck, The Lobsta Truck, and Devilicious! Refer to entire truck list below.

Pair your food items with several cold brews on tap in the beer garden. ??Free admission to the Food Truck area with paid racetrack admission. $6 for adults. Children under 18 are free — must be accompanied by parent or guardian. 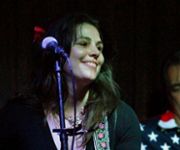 What: Sara Petite Concert
When: Saturday November 22, 2014
Where: Humphreys Backstage Live, San Diego
Description: There is no medical evidence to prove that Lucinda Williams, Nanci Griffith and Carrie Rodriguez joined forces to mother a fully-grown musician daughter. But if they did, San Diego singer-songwriter Sara Petite would be the likely outcome.” – George Varga, San Diego Union Times. She could sing a buzzard off a Slop Wagon,” said Mojo Nixon of Sara Petite. Winner of the 2012 prestigious Chris Austin songwriting contest at Merlefest, the San Diego artist is releasing her fourth album August 6th, 2013. The Circus Comes To Town was written before and after the death of her partner Johnny Kuhlken. “It’s a full perspective of the human being – jealousy, infidelity, fun, wit, tragedy, pain, loss, perseverance, substance abuse, shame, guilt and just plain silliness.” 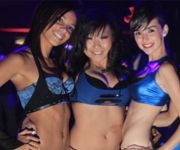 What: Giving Thanks: A Day of Yoga, Music, And Crafts
When: Sunday November 23, 2014
Where: Imperial Beach Pier Plaza, San Diego
Description: Giving Thanks is an event designed for the family, with a day of yoga, music, hula hooping, holiday crafts, and more. This event is donation based, with 100% of proceeds going to Outdoor Outreach.

Check out our latest Black Friday and Cyber Monday deals from thousands of advertisers online at MyVoucherDeals.com.