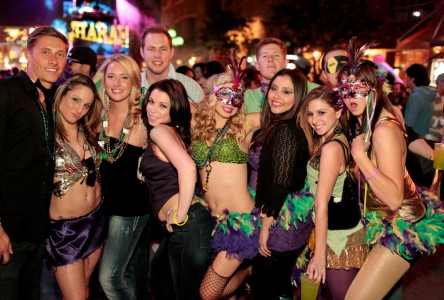 What: San Diego Mardi Gras
When: Saturday February 6, 2016
Where: Downtown Gaslamp, San Diego
Description: Gaslamp San Diego Mardi Gras is San Diego’s most beloved nightlife Block Party! Introducing a NEW day and time for 2016! This year we are bringing the party to the streets of the historic Gaslamp Quarter on Saturday Night!! The party that San Diegans know and love will return to 5th Avenue in the Gaslamp Quarter for another magnificent year, but we are making sure everyone can attend by holding the celebration on Saturday, February 6th, 2016 from 5 PM to Midnight! We will be bringing back the performers, Big Easy Parade, and spectacle that sets the standard for San Diego nightlife and entertainment. Five stages of entertainment to include International and National DJ talent as well as a live stage of Mardi Gras inspired performances. These five stages will create an epic experience that will incorporate street performances, incredible visuals and new energetic groups that will elevate this year’s Mardi Gras to new levels. 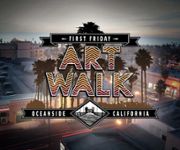 What: Haunted House Of Mardi Gras
When: Friday February 5, 2016
Where: House of Blues, San Diego
Description: Befriend the spirits, cast a few spells, and join us for a night of villainous voodoo.

What: Monster Jam Revs Up For Second Year
When: Saturday February 6, 2016
Where: Petco Park, San Diego
Description:  Fans will witness the world’s best monster trucks battle it out in the ultimate event of intense speed, racing and destruction with twenty-eight massive trucks as part of the car-crushin’ action, including World Finals champion powerhouses Grave Digger®, El Toro Loco®, Captain’s Curse® and

What: The Big Game – At Harrah’s Resort Southern California
When: Sunday February 7, 2016
Where: Harrah’s Resort Southern California
Description: Harrahs Resort SoCal is going all-out once again for the biggest football game of the year on February 7th! Watch the game on Harrah’s big screen, enjoy tailgate food, meet and greet with former San Diego Chargers players (listed below), and have a chance to win a special giveaway. Choose from two ticket options:
-General Admission – Free! Seating in the risers only.

-VIP – $30 which includes early access with doors opening at 3 p.m., preferred seating, celebrity meet and greet, tailgate-style buffet including nachos, chips and dips, and pizza, and a special giveaway of a mini-fridge, bakeware or cookware set.

Check out our latest hand selected deals and coupons from thousands of advertisers online at MyVoucherDeals.com.