Description: Head over to East Village, San Diego for Padres Opening Day Block Party! Enjoy the music of local bands and DJs, strut your stuff with other partiers and exult in the team spirit. The party is set to start rocking from 10 am to 7 pm, Sunday, March 30, 2014. The venue for the energetic event is East Village, J Street between 7th and 10th Avenues. 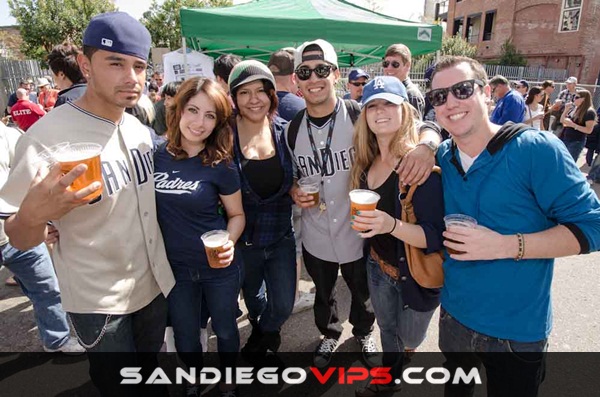 Start the celebration of the new baseball season with The Mighty 1090, and enjoy the spirit of the latest hip neighborhood of San Diego. Have fun at the gala celebrated in the spirit of the Opening Day of Padres baseball season, as the Padres face off with Dodgers on March 30, 2014 at the Petco Park stadium. Gear up for the start of the season battle at the Free Block Party given by the East Village Association. Everyone is allowed at this one-for-all party that will feature LIVE music by great DJs and local bands. It will feature great food from local restaurants and other delicious helpings from food trucks, a micro-brew beer garden from Stone Brewing Co., as well as a live telecast from The Mighty 1090. For people who want more, there is an interactive game zone too. Get there and have a blast.

All of you are invited to have a good time and thus it is a huge opportunity to garner some promotion for your businesses. Get in contact with the correct people and get your booth now! Pop up some vitamins and gather some energy for this year’s East Village Opening Day Block Party, as it is gearing up to be one of the most anticipated parties of the season. Root for your home team with your family and friends as you groove to live entertainment. East Village Association will use all the proceeds from the party in the enrichment and promotion of East Village businesses and supporting the new East Village urban community.