Published by sandiegovips On January 7, 2015 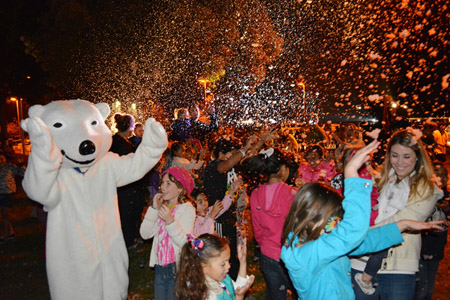 What: Winter Festival at Poway
When: Friday January 9, 2015
Where: Poway Community Park, San Diego
Description: Experience the magic and charm of winter like never before! Feel snow between your fingers while sledding down snow hill; smell roasted marshmallows as you devour delicious s’mores; experience the wind in your hair skating around the synthetic ice rink; and peruse a variety of vendors and their sensational products. Lights will twinkle, as music sets the tone and laughter fills the air. The Winter Festival brings to life all of the appeal and entertainment of a cold-mountain town set right in Poway. Bring the whole family; there’s something for everyone. 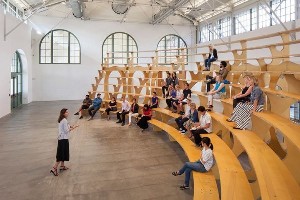 The fee for this event is included in Museum admission.
Cost: $10

What: Gaslamp Ghosts Walking Tour
When: Ongoing indefinitely, Fridays, 5:30pm-6:30pm
Where: Gaslamp Museum, San Diego
Description: Take a stroll through the Gaslamp’s haunted history with Davis House historian Sandee Wilhoit, who will recount ghostly happenings of the past…and the present. Visit hotels, saloons, brothels, a long-ago funeral parlor, and end your tour inside the Gaslamp’s most haunted edifice — the William Heath Davis House.

The tour takes place regardless of weather conditions. Reservations must be made by 5 pm at 619-233-4692. 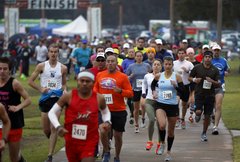 What: Resolution Run 2015
When: Saturday January 10, 2015
Where: De Anza Cove, Mission Bay Drive, San Diego
Description: Take strides to reduce your carbon and physical footprint at the San Diego Resolution Run 5K & 15K. Shed a few of those holiday pounds and lighten the impact you leave on the earth both environmentally and physically by running to Reduce Your Footprint.

The Resolution Run is treading a little lighter and going even green-er this year. That means no plastic bags, no throwaways. Plus, the Resolution Run benefits San Diego Roots Sustainable Food Project — a local, eco-friendly organization supporting a healthier San Diego food system. 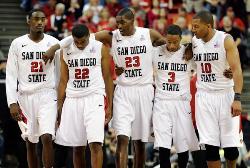 What: USD Men’s Basketball vs. Pepperdine
When: Saturday January 10, 2015
Where: Jenny Craig Pavilion, Alcala Park, San Diego
Description: Bill Grier completed his seventh year as head coach of the USD men’s basketball program in 2013-14. He directed the Toreros to an overall 18-17 record and into the third round of the CollegeInsider.com postseason tournament. The regular-season was highlighted by the team’s 69-66 home win over No. 22 Gonzaga, and its 61-43 home win over Saint Mary’s College. Buy your USD Men’s Basketball vs. Pepperdine tickets now! 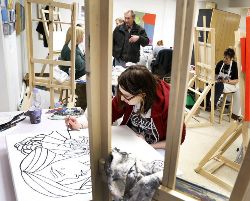 What: 4th Annual Art-A-Thon
When: Saturday January 10, 2015
Where: ArtHatch, Escondido, San Diego
Description: ArtHatch is excited to announce their Fourth Annual Art-A-Thon, a marathon of artistic creation to benefit the non-profit art center’s teen program. 25 artists from San Diego County will seek donations to create artwork for up to 24 straight hours. As works are finished, they will be added to the ArtHatch gallery space and auctioned off for a one-month period following the event. Proceeds from donations and art sales will be divided between the artists and ArtHatch to help support the centers free art education program for local at risk teens. There will also be prizes for the artists who raise the most in pledges and for the artists that make it through the full 24 hours. The opening reception for the exhibition with the artists in attendance, will be held the weekend after the event on Saturday, January 10th, 2015 from 6-10pm with beer compliments of Stone Brewery, wine and live music. 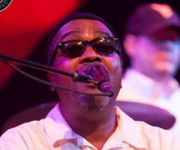 What: Sunday Funday Bash – Groove International
When: Sunday January 11, 2015
Where: House of Blues San Diego
Description: Don’t miss the Sunday Funday bash tonight featuring Groove International! Groove International is an event production company that combines the best of the Night Club & Vegas atmospheres and fuses them into the Live-Concert environment. By making these worlds collide, Groove International hosts events that are an experience that is legendary and unforgettable for everyone involved. Whether you enter the club to be entertained by your favorite DJ, live-band, dancer, or celebrity; Groove International lets you interact with our performers on a completely different level than any of our competitors. No audience member should be limited to watching a show in front of their favorite artist, when they can watch the show with them. 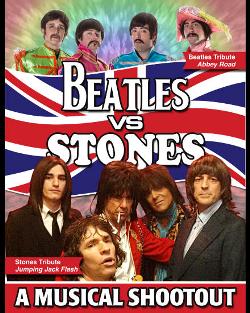 What: Beatles vs. Stones – A Musical Shoot Out
When: Sunday January 11, 2015
Where:  Old Town Temecula Community Theater, San Diego
Description: The two greatest rock ‘n’ roll bands of all time face off as Old Town Temecula Theatre hosts tributes to the Beatles and the Rolling Stones. Taking the side of the Fab Four is Abbey Road, one of the country’s top Beatles tribute bands. With brilliant musicianship and authentic costumes and gear, Abbey Road plays beloved songs spanning the Beatles’ career. They engage in a musical “shoot out” of the hits against premier Stones tribute band Jumping Jack Flash, who offer a faithful rendition of the music and style of Mick Jagger, Keith Richards and the bad boys of the British Invasion

The bands alternate sets with both coming together on stage for an amazing encore and making this show a once-in-a-lifetime event. Abbey Road also performs in a musical biograpy of the Beatles called “In My Life,” which played to capacity audiences at the Temecula Theater in 2012 and 2013.
Cost: $25

Get the latest hand selected deals & New Year sales from thousands of advertisers online at MyVoucherDeals.com.