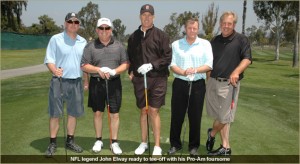 The 2012 Drew Brees Celebrity Championship returns for its 14th year, all weekend long from May 18-20 at La Costa Resort and Spa in Carlsbad. This outstanding event will benefit the Brees Dream Foundation, established in 2003 by Drew and Brittany Brees. The tournament will bring together over 50 of the best celebrity golfers in the world to compete in two day Celeb-Am Tournament (May 18th -19th) and a 36-hole, celebrity only competition (May 19th – 20th) for a $100,000 purse and the coveted Drew Brees Celebrity Championship trophy. Although the tournament runs from Friday to Sunday, the fun begins Thursday, May 17th, for a Red Carpet Reception…sorry guys, this is invite only.

Taste of Cardiff on 101 Main Street

For $25 in advance, or $30 day of, let your taste buds set forth on an adventure at the 3rd Annual Taste of Cardiff! On Thursday from 5-8pm, Cardiff 101 Main Street invites you to enjoy an evening of strolling through the beautiful coastal community while savoring the very best of Cardiff’s delectable cuisine. Twenty local restaurants will be whipping up divine tastes and competing for your vote to win the 2012 Taste of Cardiff Golden Fork Award.

Get ready for the craziest 5k on earth! Imagine a creative collision between a military style training course and wild and crazy game show inspired obstacles spread throughout a 5K course and you’ve got the ROC 5k San Diego. This Saturday (and Sunday) competitors will trek through ridiculous and challenging fun. If this wasn’t enough entertainment in itself, there will also be plenty of DJs, live music, food and vendors. Registration is sold out, but make sure you head over the the Del Mar Fairgrounds to observe the rediculousness from afar.

Join in the Navy’s 26th Original Bay Bridge Run/Walk. This annual Navy-hosted event includes the public in raising money for the Navy’s Morale Welfare and Recreation (MWR) programs. MWR provides Quality of Life programs for our 500,000+ active duty and retired military, reservists, their family members and civilian employees who make up our San Diego Military Family. This unique 4-mile run/walk has a one of a kind spectacular panoramic view as participants make their way to Coronado’s beautiful Tidelands Park from downtown San Diego over the Coronado Bay Bridge. During the finish line celebration, runners receive T-shirts, Padres tickets and complimentary transportation back to downtown via bus, trolley and ferry. Registration is sold out, but make sure you go cheer the participants on when the race starts at 8am!

North Park Festival of the Arts on University Avenue 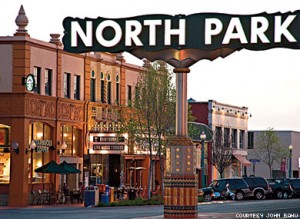 On Sunday, May 20th, from 10-6pm, venture over to North Park for the 16th annual Festival of theArts! This FREE festival has grown into a local tradition embracing a diverse line-up of bands, dancers and artists in one exciting day. North Park is known for its artsy flair, and with the Festival of the Arts, looks to celebrate all types of art forms with over 40 showcased artists.

Come celebrate all things Sicilian this Sunday, May 20th, for the 19th annual Sicilian Festival in San Diego’s Little Italy, from 10 am-6 pm. India Street will be decked out with four stages and overwhelmed with a wide variety of Sicilian and Italian entertainment! 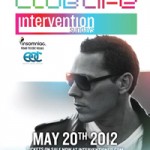 One of the biggest names in progressive electronic dance music is bringing his beats to Hard Rock Hotel. Tiesto has been named the number one and number three DJ in the world by The DJ List and DJ Mag, respectively. This is sure to be the biggest Intervention pool party of the year, so don’t miss out! 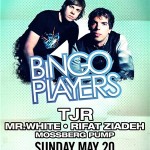 Tickets are $30 for this all day party at Wavehouse, where LED presents Bingo Players! Launching 2012 with the edgy new production ‘L’Amour’, they’re already prepared to play sets in Brasil, Russia, the U.S, Italy, the UK and Germany…but are taking a much needed pit stop in San Diego. Check out these boys drop some crazy beats at Wavehouse this Sunday from 11am-10pm.