What: VinDiego Wine and Food Festival
When: Friday April 1 to Saturday April 2, 2016
Where: Liberty Station NTC Park, Point Loma, San Diego
Description: Experience VinDiego, the best and largest “wine only” tasting event in San Diego! Enjoy hundreds of California’s finest vintage award winning wines, delectable gourmet food samples and lively music. Discover delicious new wines, find a new favorite and pair it with a dizzying variety of fresh gourmet appetizers like artisan breads, cheeses, olive oils and so much more. Enjoy an afternoon of unlimited fun, food and music – at the biggest “wine only” festival under the sun! If you love wine, then VinDiego is the event for you!
Cost: See Website 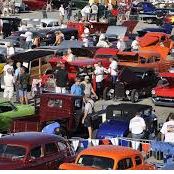 What: Giant Automotive Festival
When: Friday April 1 to Sunday April 3, 2016
Where: Del Mar Fairgrounds
Description: Explore 2500 of the finest hot rods, customs, muscle cars, tricked-out trucks, and classics in the country on display both indoor and outdoor as they compete for a shot to win the Goodguys 2016 Street Rod D’Elegance Award. 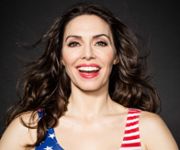 Cummings is executive producer and, along with Michael Patrick King, co-creator of the Emmy-nominated CBS comedy2 Broke Girls, which was recently picked up for a fifth season. She also wrote, produced and starred in Whitney, which aired on NBC from 2011 to 2013.

Cummings appeared regularly on E!’s Chelsea Lately, as well as Comedy Central’s Roast series. Her first one-hour stand up special, Money Shot, premiered on Comedy Central in August 2010 and was nominated for an American Comedy Award later that year.

What: ROPE the Musical
When: Friday April 1 to Sunday April 3, 2016
Where: Tenth Avenue Arts Center, San Diego
Description: The “wildly entertaining” new musical ROPE is coming to San Diego with its “magnificent ensemble” of characters: a famous hangman who’d rather just hang it up, an ambitious spouse who enjoys the notoriety of being “the hangman’s wife,” a convicted murderer who might be innocent, a young newspaper man who senses a big story in the making. The tension builds as the story unfolds … and it’s all done to music.
Cost: $35

What: SD Growlers vs SF Flamethrowers
When: Saturday April 2, 2016
Where: Balboa Stadium 1405 Park Blvd, San Diego
Description: Bring the whole family and cheer on your home town professional Ultimate team the San Diego Growlers as they open their season against the San Francisco Flamethrowers. This is guaranteed to be an exciting, fast paced and high flying event.
Cost: $0 – $15

What:Rain: A Tribute To The Beatles
When: Saturday April 2, 2016
Where: Balboa Theatre 868 Fourth Ave.San Diego
Description: RAIN: A TRIBUTE TO THE BEATLES is a live multi-media spectacular that takes you on a musical journey through the life and times of the world’s most celebrated band. Featuring new songs & high definition imagery, this expanded RAIN adds even more hits that you know and love from the vast anthology of Beatles classics such as “I Want To Hold Your Hand,” “Hard Day’s Night,” “Sgt. Pepper’s Lonely Hearts Club Band,” “Let It Be,” “Come Together” and “Hey Jude.”
This stunning concert event takes you back in time with the legendary foursome delivering a note-for-note theatrical event that is the next best thing to the Beatles. Don’t miss the Broadway smash that’s taking the world by storm… RAIN: A TRIBUTE TO THE BEATLES
Cost: $27.50 – $89.50

When: Saturday April 2, 2016
Where: Omnia San Diego
Description: Irie came up in St. Croix of the Virgin Islands, but his signature style and unbounded energy have taken him to the top of Miami’s music scene – and around the world. He’s spun for celeb soirees with Robert Downey Jr., Jodi Foster, Tobey Maguire, Samuel L. Jackson and Sting. He has an unmistakable presence in the champagne life, jet-setting and performing in top venues around the world including including Germany, Switzerland, Brasil, Dubai, Singapore, India, Philippines, Austria, Paris, London, Bahamas and St. Marten where he travels throughout the year to helm music at their hottest events and clubs.
Cost: $20 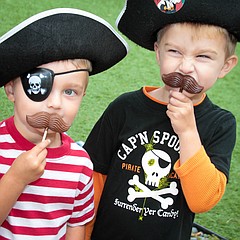 What: Chocolate Festival
When: Sunday April 3, 2016
Where: Maritime Museum of San Diego
Description: An event for all ages. Vendors focusing on chocolate edibles, fun & crafts for kids including making their own chocolate pizza, demonstrations and many other interesting activities. Observers will be able to touch, taste, smell, and experience chocolate as it was enjoyed in early America at every demonstration by sampling AMERICAN HERITAGE® Chocolate drink. AMERICAN HERITAGE® Chocolate is an authentic historic chocolate recipe developed by Mars Chocolate North America.
Cost: $0 – $16 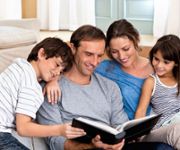 What: Family Drop-In Day
When: Sunday April 3, 2016
Where: The San Diego Museum of Art
Description: Families are invited to explore The Art of Music on the final day of the exhibition through activities designed for young people and adults to enjoy together. Create and construct your own instrument inspired by the works featured in the exhibition, go on a family-friendly, docent-led tour of the galleries, and partake in fun gallery games! Enjoyable for people of all ages and skill levels, projects change each month.
Cost: $0 – $12