One of the most highly anticipated events in the area, Opening Day of Polo will showcase the magnificent sport of polo and kick off the 30th Anniversary Season with a large social event supporting local non-profit, San Diego Film Foundation.

Opening Day of Polo will feature two competitive polo matches at 1:00pm and 3:00pm and a “Pretty Woman” divot stomp, which is a chance to stretch your legs, visit with friends, and walk on the polo field to stomp the divots that have been kicked up by the polo ponies. World-renowned geneticist and biochemist, Craig Venter will do the honors of throwing in the ceremonial first ball for the match, featuring Team J. Craig Venter versus BMW of Encinitas. All guests are invited to stay for the 7th Chukker After Party for a chance to meet the players, mingle with friends, and enjoy the polo party. 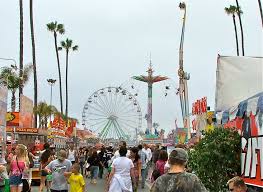 With more than 1.5 million visitors each summer, The San Diego County Fair is the one of the top 10 Fairs in the U.S. and Canada. Join us for the 2016 San Diego County Fair as we present “Mad About the Fair,” a weird, wacky, and whimsical celebration of Lewis Carroll’s “Alice’s Adventures in Wonderland.” The Summer Starts Here!

Kids under 5 are free. 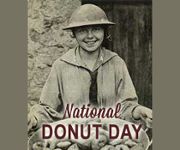 On Friday, June 3, local donut “lassies” will be passing out free donuts, coffee and t-shirts to say thank you to the San Diegans who support our mission. Donut lassies will be stationed next to the USS Midway Museum on Navy Pier from 11:30 am until supplies are gone!

What: 91X X-Fest
When: Sunday June 5, 2016
Where: Sleep Train Amphitheatre in Chula Vista, San Diego
Description: Show Up to the Greatest Showdown Ever! XFest is coming to Sleep Train Amphitheatre on Sunday, June 7th! 91X is throwing a party so huge that we had to host it at Sleep Train! Featuring sets from some of the biggest names in music, this is a party you do not want to miss!
Cost: $16.91 – $46.91 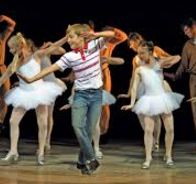 What: Billy Elliot The Musical
When: Ongoing till Sunday June 5, 2016
Where: Lyceum Theatre, San Diego
Description: The California Youth Conservatory (CYC), three-time winner of the San Diego A-List Award for “Best Theatre Group”, and recent recipient of the prestigious Bravo San Diego Award for “Best Musical” for their summer production of Les Misérables, will present the San Diego based premiere of Billy Elliot the Musical at the Lyceum Theatre downtown San Diego from May 28 – June 5, 2016. Billy Elliot the Musical is one of the most honored musicals in history, receiving a total of 15 Tony Award® Nominations and winning a staggering 10 awards, including “Best Musical”. Featuring a timeless score by the legendary Elton John, Billy Elliot the Musical has wowed audiences throughout the world, and CYC is honored to present its San Diego debut. 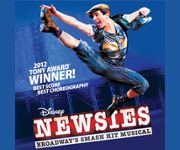 What: Newsies
When: Friday June 3 to Sunday June 6, 2016
Where: San Diego Civic Theatre
Description: They delivered the papers, until they made the headlines…Direct from Broadway comes NEWSIES, the smash-hit, crowd-pleasing new musical from Disney. Winner of the 2012 Tony Awards® for Best Score and Best Choreography, NEWSIES has audiences and critics alike calling it “A MUSICAL WORTH SINGING ABOUT!” (The New York Times) Filled with one heart-pounding number after another, it’s a high-energy explosion of song and dance you just don’t want to miss. 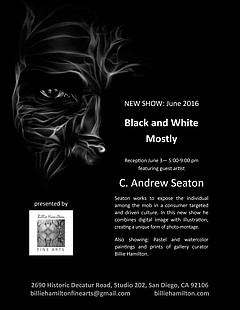 What: FilmOut San Diego’s 18th Annual LGBT Film Festival
When: Friday June 3 to Sunday June 6, 2016
Where: The Observatory North Park, University Ave, San Diego
Description: FilmOut San Diego’s 18th Annual LGBT Film Festival will take place from June 3 – 5, 2016 at the historic Observatory North Park Theatre in North Park – San Diego. Thirty-seven films will be screened during the three-day film festival including twenty-two premieres along with award-winning films from both Sundance and Berlin Film Festivals, along with independent features and a variety of short films. Q&A’s will follow many films with both director and actors in attendance. The Opening Night Film will take place on Friday, June 3, 2016 at 7:00pm with our after party immediately following the film at the Sunset Temple (across the street). 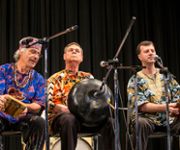 What: Center for World Music Summer World Music Series 2016
When: Saturday June 4, 2016
Where: Seaport Village, San Diego
Description: Music of Zimbabwe with Zimbeat Max Berry, Randy Griswold, and Garit Imhoff. Enjoy the dynamic village music of Southern Africa with Zimbeat. The music is based on the Shona peoples’ ancient musical instrument, the mbira dzavadzimu. Get carried away by the hypnotic interlocking melodies and spirited rhythms in the captivating and compelling instrumental music that is found in traditional and contemporary Zimbabwe. 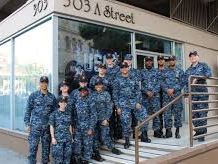 What: USO Stars and Stripes Gala: 75th Anniversary
When: Saturday June 4, 2016
Where: Hotel Del Coronado, San Diego
Description: Papa Doug and Geniya Manchester have taken the lead as Premiere Title Sponsors for USO San Diego’s 75th Anniversary Stars and Stripes Gala: It Takes a City to Support our Military. The event will take place at the Hotel del Coronado on Saturday, June 4, 2016. Mayor Kevin Faulconer has been named as an honoree for the event.
Cost: $500 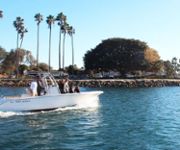 What: Grand Opening Dock Party – Hosted By Freedom Boat Club of San Diego
When: Saturday June 4, 2016
Where: Cabrillo Isle Marina on Harbor Island, San Diego
Description: Freedom Boat Club of San Diego, a members-only boat club,located in Mission Bay, is expanding to Cabrillo Isle Marina on Harbor Island and is inviting everyone to come out to celebrate! The club is hosting a grand opening dock party on Saturday, June 4, from 2 p.m. to 5 p.m. The grand opening will include free boat rides on the San Diego Bay, tours of the boats, live music, Louisiana-style catered food, drinks, kid-friendly activities and more! 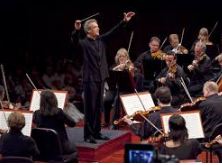 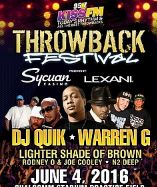 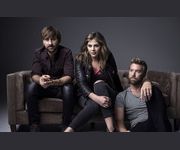 What: Lady Antebellum Concert
When: Sunday June 5, 2016
Where: Del Mar Fairgrounds
Description: Planes, trains and automobiles. Lady Antebellum has spent plenty of time in all three. Driven by the need to continually evolve, the country trio always seems to be in transit, pushing toward a newer, bolder sound one minute and hitting the road for a worldwide tour the next. Sometimes, those two things happen at once.