Check our blog for top Halloween 2014 parties in San Diego! Here are some best events going in San Diego this weekend: 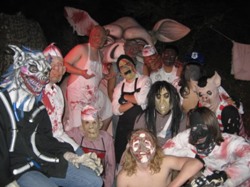 What: The Haunted Trail of Balboa Park
When: Ongoing till Saturday, November 1, 2014
Where: 6th & Juniper at Marston Point, Baloboa Park, San Diego
Description: Take a walk down the trails at Balboa Park for a terrifying experience you will wish you could forget. During your one-mile trek, beware of the terrifying unknown that exists among the twisted pines and gnarled oak trees. Don’t go alone—or if you’re faint of heart, San Diego’s only All Outdoor Haunted Attraction will scare you beyond expectation.September 26 – November 1, 2014. Opening hours vary;

This year the Haunted Trail is featuring an additional maze that is so disturbing it can only be described as, The experiment. For five extra bones you can experience over 3500 sq.ft. of freak infested terror. This twisted maze of incarcerated lost souls stalk you as you scurry through. Try to find your way out before you become an “experiment” yourself! 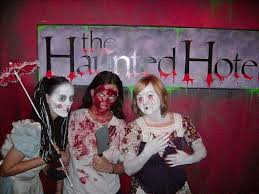 What: The Haunted Hotel
When: Ongoing till Saturday, November 1, 2014
Where: Gaslamp, Downtown San Diego
Description: Enter if you dare into The Haunted Hotel where zombies, monsters and heart-pounding scares will cause a chill to run down your spine. Climb into the Hellevator, get ready to land wherever it takes you and try to survive this year’s “Lights Out Wednesdays.” The Haunted Hotel, located in the Gaslamp District, was named as one of the top 13 Haunted Houses in America by Haunt World Magazine and has been featured on the Travel Channel.
September 26 – November 1, 2014. Opening hours vary; check online for details. 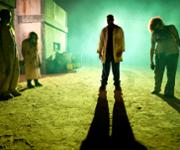 What: The Scream Zone
When: Friday October 24, 2014
Where: Del Mar Fairgrounds, San Diego
Description: The 17th annual Scream Zone, San Diego County’s largest haunted experience opens September 26 at the Del Mar Fairgrounds. Now in its 17th year, Scream Zone is more terrifying and bloodcurdling than ever before! *The House of Horror; The Chamber and The Haunted Hayride will chill to the bone. RETURNING THIS YEAR: “ZOMBIE PAINT BALL!”. The Scream Zone is assembled from various body parts and includes four terrifying haunts: returning this year is your chance to save the planet from the zombie apocalypse by putting the hit on the walking dead by playing Zombie Paintball! A year-to-year favorite is the horrifying House of Horror, along with The Chamber, and the Haunted Hayride, each casting its evil spell on the Del Mar Fairgrounds. Considered among the goriest, scariest, and screaming-est fright fests in these dark corners of Southern California, we invite you to please be our guest… that is, if you have the nerve!

Description: THE POLKA DOT GHOST- Tommy the ghost is just no scrary. Please come to the puppet theater and help Tommy learn how to be scary before the big day. 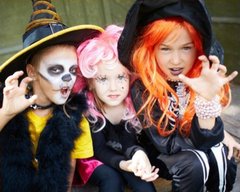 What: Hauntfest on Main
When: Friday October 24, 2014
Where: East Main Street and Rea Avenue, El Cajon, San Diego
Description: This October, Downtown El Cajon is in for a “spooktacular” treat with the return of HauntFest on Main, a free, family-friendly event featuring Halloween festivities. The third annual event, hosted by St. Madeleine Sophie’s Center, Downtown El Cajon Business Partners and the City of El Cajon, will take place on East Main Street and Rea Avenue on Friday, October 24, 2014 from 5-10 p.m. 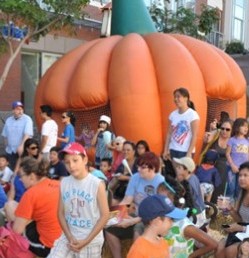 Food (Cash only) and games (Tickets only) – 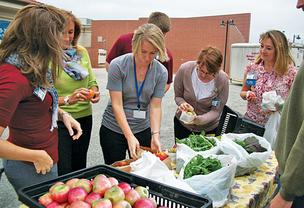 See beasts familiar and strange, real and imagined, kind hearted and troublesome, from across the span of human history and culture.

You’ll learn where they come from, what they look like, how they behave, and how to defeat them. This brand-new, one-of-a-kind exhibit is loaded with interactive fun. 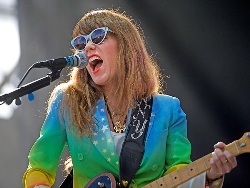 What: Jenny Lewis Concert
When: Saturday October 25, 2014
Where: House of Blues San Diego
Description: Born in Las Vegas in 1977, Jenny Lewis is a popular indie rock singer/songwriter known for her work as the primary vocalist of Rilo Kiley as well as her solo albums, guest appearances, and duo with boyfriend Johnathan Rice.

Lewis steadily developed her own vocal style, drawing from the sly country twang of Loretta Lynn, Dolly Parton, and Patsy Cline while remaining indebted to pop music. Collaborations with the Good Life, Cursive, and the Postal Service helped expand her audience, and Lewis began working on her debut solo effort in the midst of Rilo Kiley’s third full-length release, More Adventurous.

Description: The Boulevard BOO! Parade is returning to the College Area. San Diego’s only Halloween Parade is turning ten this year and is expected to be bigger and better than ever with more floats, more zombies, more music, and more surprises. 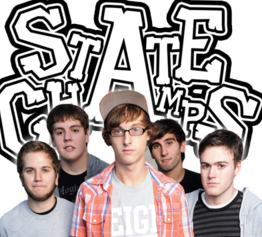 What: State Champs – Heart to Heart, From Porch Step, Brigades
When: Sunday October 26, 2014
Where: House of Blues San Diego
Description: Albany, New York-based pop-punk band the State Champs began in 2010, basing their quick-paced and emotive sound on the influence of masters of the genre like Fall Out Boy, the Story So Far, and New Found Glory. Based around singer Derek Discanio’s wailing vocals, the band was filled out by guitarists Tyler Szalkowski and Tony Diaz and bassist William Goodermote; they were eventually joined by drummer Evan Ambrosio. After a demo circulated, the band released the Overslept EP in late 2012, and followed with full-length The Finer Things in 2013. 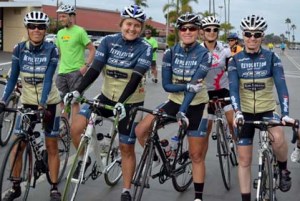 What: Bike for Mike
When: Sunday October 26, 2014
Where: Del Mar Fairgrounds
Description: A community bicycle event with coastal rides of 10,25, & 50 miles as well as stationary spin bike classes. This event is an ALS, Lou Gehrig’s disease fund raiser. All proceeds go towards ALS specific medical research. This event is one of several local events hosted by Team Godfather Charity Foundation.

Mike completed marathons, triathlons, long distance cycling races, and golfed throughout the country. He also studied karate, yoga and played Over-the-Line in San Diego. He had great memories of his competitive endeavors because he was always participating with friends. Mike along with his friends have hiked and backpacked in the Sierras and the Andes of Peru on the Inca Trail. A trip to Bhutan to backpack in the Himalayas was cut short in 2010 due to his diagnosis. 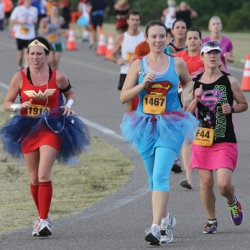 Participants are encouraged to wear Halloween costumes, and prizes will be awarded for best costume in addition to race categories. The race hopes to attract hundreds of runners to support the school’s afterschool programs. 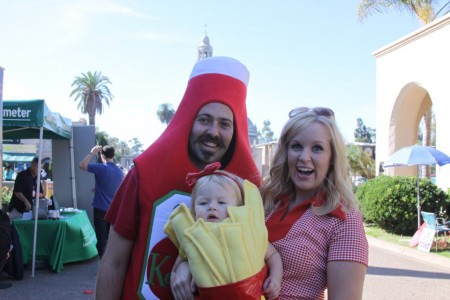 Check out our exclusive hand selected deals from thousands of advertisers at MyVoucherDeals.com plus get big savings with Halloween deals online.