Do not miss the San Diego Fourth of July 2012 Fireworks  & Independence Day Celebrations It wouldn’t be the  July 4th without fireworks! 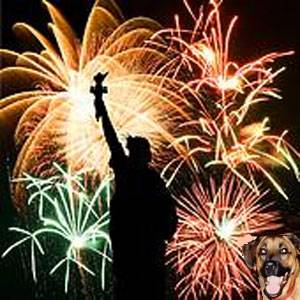 Enjoy an extended special fireworks display, Into the Blue Fireworks, at Seaworld, beginning on July 4th around 9:30 pm. The park opens at 9 AM and closes at 11 PM for the weekend. View the spectacular show for free from Mission Bay Park, or spend the day at Sea World and enjoy the shows and rides before the fireworks.

Enjoy the last day of the San Diego County Fair with an all-American display of patriotic activities and illuminating fireworks. The day at the fair will kick off with a patriotic Opening Ceremony around 9:30am at the O’Brien Gate. Later in the day, the Grandstand Stage show will fire up with the talented Navy Band Southwest, a 4th of July tradition since 1993. Fireworks will follow at 9pm and “Weird Al” Yankovic will keep the party going for the remainder of the night. 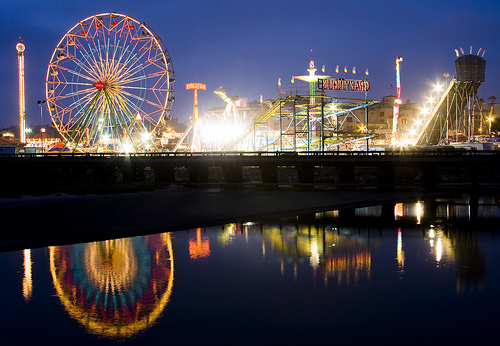 Come to the Camp Pendleton Beach Bash at the Del Mar Beach Resort for the 2012 Ken Grody Ford Beach Party. There will be videos, live bands, kid activities and of course fireworks at 9pm!

Give your kids a 4th of July to remember! Enjoy a fantastic display of fireworks at 8:30pm. Throughout the day, kids of all ages are invited to enjoy family picnic games such as the water-balloon toss, burlap sack races and paper airplane contests.

Wagon rides, period games, music, food specials, a pie eating contest, a parade and much more are included all afternoon long at this old fashioned celebration. For $5 go back to San Diego’s roots, and celebrate American independence. Join the fun from 11am to 4pm at the Old Town State Historical Park.

The event will be held in Grape Day Park, and will include a variety of free fun,  including musical performances, magicians, baton twirlers, children’s arts projects and old-fashioned contests. The day will conclude with a dazzling fireworks display in Grape Day Park at approximately 9pm.

Make sure you’re at this gorgeous spot at 9pm sharp when fireworks will blast off from the nearby La Jolla Cove, just behind the concert bandstand. There are plenty of hot spots along La Jolla to catch a glimpse of the fireworks, including La Jolla Shores, Ellen Browning Scripps Park and Kellogg Park.

View the light show from the water via Flagship Cruises & Events for the ultimate patriotic celebration. The Fireworks Spectacular Cruise allows for incredible views of the illuminated sky, along with beer, wine and cocktails. For a more filling experience, hop on board the Star Spangled Dinner Cruise that includes a three-course meal, a live DJ, and complimentary champagne along with the breathtaking views! Tickets are $250. 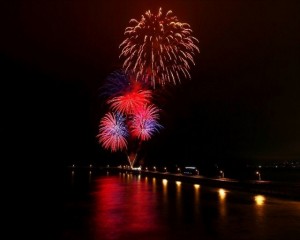 You can’t get more San Diego than this! For laid back vibe to kick-back and ooh and aah, the Ocean Beach fireworks will be launched from the end of Ocean Beach Pier, starting at 9pm. The best spots for ultimate viewing are from the beach, but make sure you snag a spot very early before the pier closes to the public at 7pm.