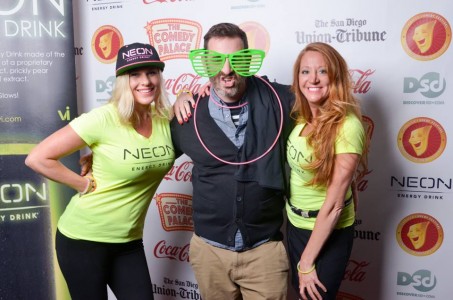 What: 3rd Annual San Diego Comedy Festival
When: Ongoing till January 31, 2016
Where: Comedy Palace, San Diego
Description: The 3rd annual San Diego Comedy Festival will take place this year from January 25 to 31 at The Comedy Palace. This year’s festival will feature more than just your local favorites. You’ll also be able to enjoy stand-up from national touring headliners. The show will include comedy shows and contests, TV and radio personalities, celebrity comedians, guest speakers, as well as bookers, managers, and agencies looking for new talent. The festival part of the event will include corporate-sponsored booths, prizes and giveaways, and lots of delicious food. 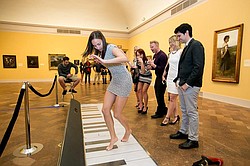 What: Art After Hours: The Art Of Music
When: Friday January 29, 2016
Where: The San Diego Museum of Art
Description: The San Diego Museum of Art’s exhibition “The Art of Music” celebrates the centennial of Balboa Park. Experience the spectrum of sight and sound that spans centuries, cultures, and art forms during Art After Hours. Enjoy exclusive after-hours access to the galleries, open until 8:00 p.m., every Friday through February 5, 2016 (excluding December 4, 25, and January 1). 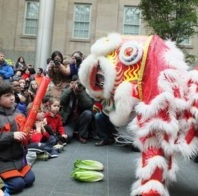 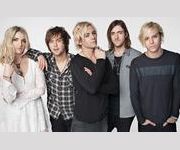 What: R5 – Sometime Last Night Tour
When: Saturday January 30, 2016
Where: Balboa Theatre, San Diego
Description: Before R5 entered the studio to record their Hollywood Records debut album no one told them what to do. No one needed to. The band knew exactly what they wanted: to make an album perfect for playing in the car. And by that they meant summer nights, with the top down, cruising down the highway and cranking the music up. Not just loud. Louder. Teaming up with producers Emanuel “Eman” Kiriakou and Andrew Goldstein, the members of R5 effortlessly express the spirit by which they live in their music. “We have such a good time together,” says Riker. “We wanted the songs to make people feel the fun, too.” 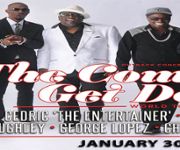 What: The Comedy Get Down
When: Saturday January 30, 2016
Where:Valley View Casino Center
Description: To purchase disabled or handicapped accessible seating only, please call 619-224-4171 x322, Monday through Friday, 11 AM to 4 PM.  No refunds or exchanges. Lineup subject to change. Will Call is available at our venue 2 hours before the start of the event on the day of the show only. Photo ID required for pick-up.

Before you head out to the Valley View Casino Center, we recommend:
– Getting Directions
-Checking traffic updates
-Reviewing our guest policies
-Parking $20.00 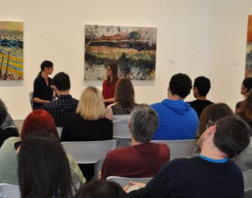 What: Ed Ruscha Then & Now
When: Sunday January 31, 2016
Where: San Diego Museum of Contemporary Art
Description: An innovator of West-Coast Pop and Conceptual Art, Ed Ruscha’s work defies and exceeds both categories, drawing upon popular media, commercial culture, and the landscape of Los Angeles. This tailored exhibition considers the artist’s use of recurring words, images, and themes across the decades. The iconic artist first gained attention in the 1960s for work that combines text and image with deadpan takes on American vernacular culture.

What: Whitney Shay and Robin Henkel
When: Sunday January 31, 2016
Where: Westfield UTC, San Diego
Description: Take a break from the shopping mall scrum to catch some live blues and jazz from a pair of award-winning music makers.
Cost: Free 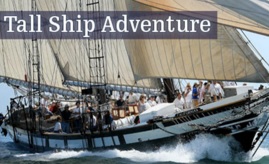 What: Tall Ship Adventure
When: Sunday January 31, 2016
Where: Maritime Museum of San Diego
Description: Join the crew in sailing a traditionally rigged tall ship. Passengers will be invited to haul a line, man the helm and end their day with a cannon salute. Watch the crew as they scamper up and down the rigging to set and furl the sails. Listen as the Californian’s crew relates the history of sailing and exploration in San Diego, tales of whaling and sea otter trade, local sea battles, the art of ship’s gunnery, life at sea and more.

Check out our latest hand selected deals and coupons from thousands of advertisers online at MyVoucherDeals.com.