Published by sandiegovips On September 7, 2012

After finishing with identical records in 2011, the San Diego Chargers and Oakland Raiders will begin this season, Monday night, where last year’s ended – in Oakland. And if we really start right where we ended, we’re looking at a win as the Chargers beat the Raiders 38-26 at their last meeting. With the Charger’s PRO32 Ranking at 16 and the Raiders at 23, the chances of a win seem even more within reach. Without a doubt we should be ready for a close game as the bookmakers have this game at a 1 point spread (Raiders advantage). 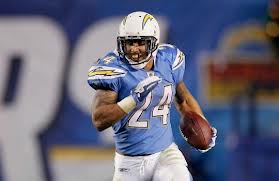 The Chargers had an above average showing in this year’s preseason, with 3-1 record. The Raiders on the other hand went 1-3, a promising statistic for Chargers fans.

On offense, the Bolts are built around the reliable Philip Rivers and Antonio Gates. After adding defensive talents like Jarret Johnson and Melvin Ingram, the San Diego Chargers could have one of the deepest defenses once 2012 is all said and done.

If the Chargers can keep their defense strong while remaining consistent on offense, the Bolts have a strong chance of dominating this game. 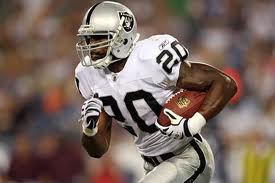 The Raiders had a shaky offensive start in the preseason, but their defense was very impressive. They ranked fourth in total defense giving up only 259.8 yards per game, and where ranked third in defensive passing yards. Once they get their offense up to par, the outlook for the Raiders 2012 season good be pretty good.

It’s been 10 years since quarterback Carson Palmer won the coveted Heisman trophy. The key for the Oakland Raiders is to find out just how much Palmer has left in the tank. However, Palmer has three legitimate wide-receiver targets in Denarius Moore, Darrius Heyward-Bey and Jacoby Ford while running back Darren McFadden is poised to have a breakout season in the backfield.

On the defensive side of the ball, the key players to step up will be Ron Bartell, Shawntae Spencer and the veteran lineman Richard Seymour.

The raiders certainly have the necessary weapons to win this game, let’s see if they know how to use them.