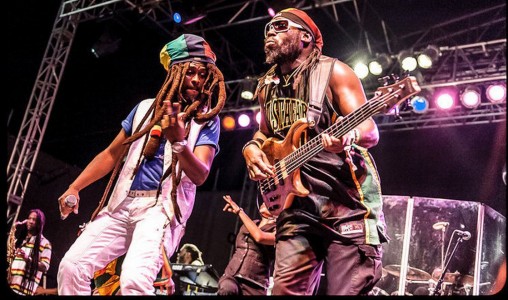 What: Steel Pulse – Summer Concert Series
When: Friday August 14 to Sunday, August 16, 2015
Where: Del Mar Racetrack
Description: This weekend, sit back, relax and enjoy the show. Come out, enjoy the races and watch the sun set along with one of your favorite bands, Steel Pulse, who will perform shortly after the last race at around 7 p.m. Every Friday and select Saturdays and Sundays Del Mar will host a free summer concert! All concerts are 18 and up with the exception of the “Weird Al” Yankovic performance on Friday, August 21 which is all ages. Concerts are FREE with racetrack admission. If you arrive AFTER the last race, you will be charged concert admission ($20). Pre-paid tickets, complimentary tickets and season passes will not be accepted for concert admission after the last race. Purchase Stretch Run admission for $6 (no seat needed) and that gets you a day of racing and a FREE concert! The concert area is located West of the Grandstand. Food and drinks are available for purchase. 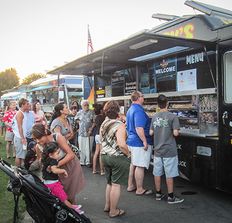 What: Gourmet Food Truck Festival
When: Saturday August 15, 2015
Where: Del Mar Racetrack
Description: Bring your appetite on Saturday, as some of the tastiest food on wheels comes to Del Mar. It’s the 4th annual Gourmet Food Truck Festival. Enjoy a variety of some of the hottest eats in Southern California as 50 food trucks are expected, all in one location, with gourmet chefs serving their eclectic bests at super prices (most items $4-$8). The event will be located at the Seaside Concert Area. Pair your food items with several cold brews on tap in the beer garden. Free admission to the Food Truck area with paid racetrack admission. $6 for adults. Children under 18 are free — must be accompanied by parent or guardian. For a full list of trucks visit DelMarScene.com 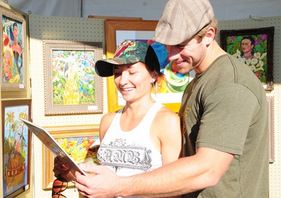 What: ArtWalk NTC
When: Friday August 14 to Sunday, August 16, 2015
Where: Ingram Plaza at Liberty Station, San Diego
Description: The 10th annual ArtWalk NTC @ Liberty Station, Saturday will be held August 15 to Sunday, August 16. This yearly art festival is produced by the same team that brings Mission Federal ArtWalk to San Diego’s Little Italy each year in April. This year’s ArtWalk NTC will have the most artists the event has ever had, giving attendees the opportunity to purchase artwork from more than 200 local, regional and international artists. The art displayed will cover nearly every medium, from oil painting and sculpture, to photography and jewelry. Attendees will also be able to enjoy live music, interactive art for adults and kids, delicious street food options and a wine and beer pavilion in a beautiful al fresco setting. 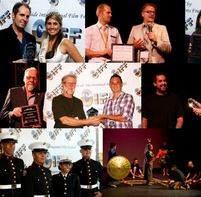 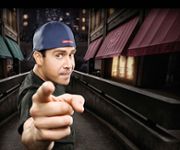 What: Pablo Francisco Comedy
When: Friday August 14, 2015
Where: American Comedy Co. San Diego
Description: When Pablo Francisco hits the stage, he immediately brings his audiences to their feet with boisterous laughter and applause. He weaves together his arsenal of characters, spontaneous outbursts, and clever insights to create a stand-up show that more resembles an hour-long comedic jazz riff.

In addition to his Comedy Central specials, Pablo has appeared on “The Tonight Show with Jay Leno”, Comedy Central’s “The Show Biz Show w/ David Spade” and “Mind of Mencia”. He has also been a cast member on the Fox Network’s sketch comedy show “Mad TV,” TBS’s “Frank TV,” and made his debut appearance on Howard Stern’s radio show in 2009. 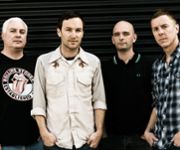 What: Toadies & Fuel Concert
When: Friday August 14, 2015
Where: House of Blues, San Diego
Description: Toadies are an alternative rock band from Fort Worth, Texas. The band’s best known lineup consisted of Vaden Todd Lewis (guitar, vocals) Mark Reznicek (drums), Lisa Umbarger (bass), and Clark Vogeler (guitar). When the band reformed in 2006, Umbarger amicably declined to participate and has been replaced by Doni Blair. They are best known for the hit single “Possum Kingdom,”

The band reformed for a reunion show on March 11, 2006, headlining the Greenville Ave St. Patrick’s Day parade concert. Toadies toured extensively throughout the 1990s, opening for such artists as Red Hot Chili Peppers, White Zombie, Bush, and The Butthole Surfers. They also headlined and co-headlined tours with acts such as Brutal Juice, Baboon, Supersuckers, and The Reverend Horton Heat. The primary reason for the breakup of the band was that Lisa Umbarger simply did not want to be a part of it anymore, and bandleader Todd Lewis felt that the band could not continue without her. Since disbanding, members of the band have gone on to other projects. Todd Lewis is now in The Burden Brothers and Mark Reznicek is now in Eleven Hundred Springs. 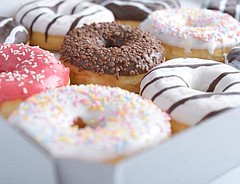 What: Donuts at Del Mar
When: Saturday August 15, 2015
Where: Del Mar Thoroughbred Club
Description: Join us for free coffee, orange juice, and donuts as you take a behind-the-scenes look into the world of Thoroughbred racing. Track announcer Trevor Denman hosts festivities, which includes question and answer sessions with famous jockeys and trainers while watching the horses during their morning workouts. In the Seaside Cabana area at the west end of the Grandstand.

Park in the main parking lot off Jimmy Durante. Trams will transport to west end of Grandstand. Other activities include a meet and greet with the Del Mar Mascot Pony Boy along with face painting, entertainers, and free prizes for the kids. 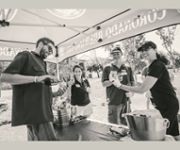 What: San Diego Brewers Guild Golf Tournament
When: Saturday August 15, 2015
Where: Rancho Bernardo Inn, Bernardo Oaks Drive, San Diego
Description: The San Diego Brewers Guild (SDBG) invites craft beer and golf aficionados to play in their 2nd annual San Diego Brewers Guild Golf Tournament at the championship Rancho Bernardo Inn Golf Course. This fundraising event features craft beer tastings, gourmet meals, opportunity drawings and golf competitions, with the official tee off time scheduled for 12 pm. The SDBG is the nonprofit responsible for maintaining San Diego’s reputation as the “Capital of Craft,” and does this through its core annual events, which are sustained through this key fundraiser. See website for more information on purchasing tickets, packages or becoming a sponsor. 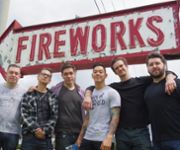 What: Fireworks – Weatherbox, Souvenirs, and Dryjacket
When: Sunday August 16, 2015
Where: House of Blues, San Diego
Description: Fireworks is a pop punk band from Detroit, Michigan consisting of David Mackinder, Tymm Rengers, Chris Mojan, Kyle O’Neil, and Brett Jones. They are a group of individuals creating a sound with enough pop quality to keep your little sister’s attention, and enough edge to rid them of “guilty pleasure” status. Hailing from stereotypically suburban metro Detroit, Fireworks is comprised of five electric personalities with endless influences. Together they create a unique blend of “infectious, well-written punk with an undeniable sense of melody. ” They are currently signed to Triple Crown Records and Run For Cover Records. 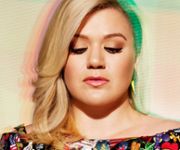 What: Kelly Clarkson – Pentatonix and Eric Hutchinson Concert
When: Sunday August 16, 2015
Where: Viejas Arena at Aztec Bowl, San Diego
Description: Grammy Award-winner Kelly Clarkson has released six studio albums, one Greatest Hits album, one Holiday album, has sold more than 20 million albums worldwide and has had 10 singles in the Top 10 on the Billboard Hot 100 Singles Chart. She is the recipient of three Grammy® Awards, four American Music Awards, three MTV Video Music Awards, two Academy of Country Music Awards, and one CMA Award. Clarkson’s last studio effort Stronger was certified platinum, won the Grammy for Best Pop Vocal Album and produced the smash singles, “Mr. Know It All” and “Stronger (What Doesn’t Kill You).” In 2013, Kelly released her very first Christmas album Wrapped In Red, which is certified platinum and debuted at No. 3, marking the biggest holiday album debut for a female since 2010. 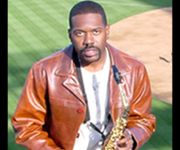 What: Jason Brown Concert
When: Sunday August 16, 2015
Where: Humphreys Backstage Live, San Diego
Description: Jason Brown says, “I play alto sax, drums, keyboard & guitar. I sing, write songs, produce, act, model and desire to grow artistically. In September of 2003 I opened for Paul Taylor, Everette Harp & Pamela Williams in San Diego. I opened for BET’s Bruce Bruce. I have performed jazz with Quiet Storm and the blues with Earl Thomas. I have been on stage with Verity recording artist Tonex’, performing Gospel Jazz on TBN in Nashville as well as in Atlanta”.

Get latest hand selected deals and coupon codes from thousands of advertisers online at MyVoucherDeals.com.