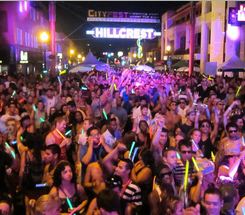 Description: Stay past sundown and dance with Hillcrest’s best DJ’s under the Hillcrest sign with CITYFEST NIGHT! CityFest takes place in the heart of Hillcrest and is a huge celebration of community spirit through music, arts, crafts, and food and attracts 150,000+ attendees each year. CityFest 2015 will be on Sunday, August 9, 2015 from 12 p.m. – 11 p.m. With a rich history of community and spirit, Hillcrest has much to celebrate. Games, activities, over 250 vendors, live headliner music, a beer garden and much more, CityFest is a celebration of spirit and play each year in San Diego, California. 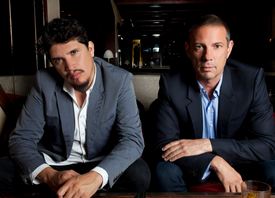 What: Thievery Corporation Concert at Del Mar
When: Ongoing till, Friday, September 11, 2015
Where: Del Mar Fairgrounds
Description: Show will be at Del Mar Racing in Del Mar, CA.
The show is FREE with paid racetrack admission ($6 for Stretch Run and $10 for Clubhouse). Concerts begin shortly after the last race of the day. For concert-only access following the last race. 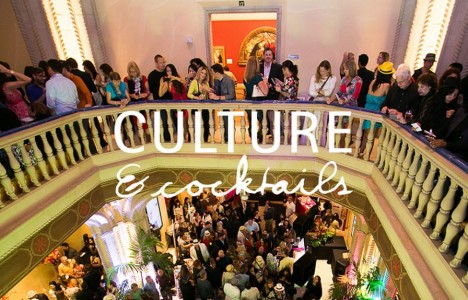 What: Art After Hours: Coney Island Musuem Exhibition
When: Ongoing till, Friday, September 11, 2015
Where: The San Diego Museum of Art
Description: The sights, the sounds, the spectacle and what not? Coney Island hits San Diego summer 2015. Take a trip to the rollicking shores of America’s favorite playground with the exhibition Coney Island: Visions of an American Dreamland, 1861–2008, and enjoy exclusive after-hours access to galleries, open until 8:00 p.m.

While at the Museum, make sure to also stop by Panama 66, open late and offering live music on most Fridays. And if you have not already, become a member today to always get in for free. 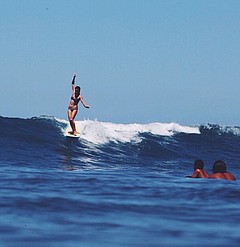 With two surfing competitions, Open Pro and Noserider, each limited to 32 spots. Each has a $125 entry fee, with a $5000 purse paid to the top 8 finishers. The competitions are on August 7 and 8 at the south side of Oceanside Pier. 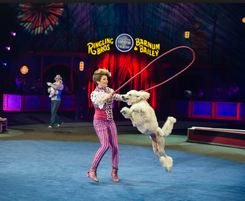 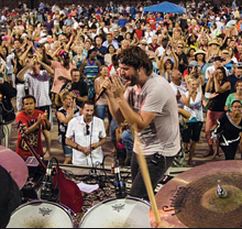 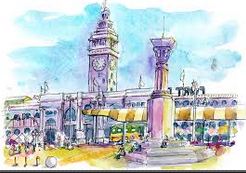 When: Saturday August 8, 2015
Where: Balboa Park, San Diego
Description: On August 7, 8, 9, 2015 San Diego Urban Sketchers will be hosting the 3rd Annual West Coast Urban Sketchers Sketch Crawl at various locations around the county. August 7 – Meet and Greet, Sea Port Village August 8 – A full day of sketching at Balboa Park August 9 – A half day of sketching at Old Town Historical Park This free event will be of interest to budding artists, experienced artists and those that just like to view art work and artists at work. For event times, full details, and to rsvp, go to : http://3rdwcuskskcrawl.blogspot.com/ About Urban Sketchers: Urban Sketching is the practice of drawing on location, promoting the practice of sketching, and connecting with others by posting those sketches on line. We show the world where we live and travel, one drawing at a time. Gabriel Campanario, a Seattle Times illustrator and columnist founded Urban Sketchers in 2008. Urban Sketchers is a 501c3 nonprofit organization which supports and represents a grassroots global community of sketchers. The artists of Urban Sketchers raise the artistic, storytelling and educational value of location drawing. They promote the practice of location drawing and connect people around the world who draw where they live and travel. 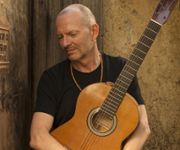 What: Ottmar Liebert – Luna Negra Concert
When: Saturday August 8, 2015
Where: House of Blues – San Diego
Description: German Ottmar Liebert composes, performs and records music in a “nouveau flamenco” style, which mixes elements of flamenco with jazz, bossa nova, and other genres. Ottmar Liebert’s music can be difficult to categorize, which is welcomed by the artist himself. It is usually placed in the new age section at record stores, or under world music from Spain, Christmas CDs, 10 CDs of original music, a DVD and remixes. His debut album sold double-platinum and has become one of the best-selling guitar albums. His fans – hardcore guitarists and guitar fans, instrumental music aficionados and numerous lovers of his often poignant, always inspired sound – are ardent in their appreciation of Liebert. Today, Liebert offers his own recordings and those of other artists, plus loops and individual tracks that make up some of the songs, in his newly created Listening Lounge, where one can find recordings unavailable elsewhere under a creative commons Sampling Plus 1.0 license.
Cost: $25 – $40 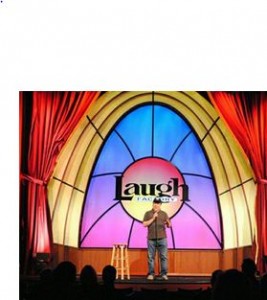 What:Laugh Factory at The Del
When: Saturday August 8, 2015
Where: Hotel Del Coronado, San Diego
Description: Back for its second summer, enjoy great stand-up comedy live at The Del from the famous Laugh Factory! Shows are at 9pm Thursday through Saturday from July 2 to September 6. August 6-8: Jon Lovitz Visit http://hoteldel.com/events/laugh-factory/ to learn more about Laugh Factory and to purchase tickets. Tickets are $35 for general admission and $45 for VIP. Doors will open one hour prior to showtime for VIP. Shows will be held in either our Carousel Room, located on the lower level next to Babcock and Story Bar, or in the ocean view Ballroom on the lobby level.

What: Del Mar Racing – T-Shirt Giveaway Day
When: Saturday August 8, 2015
Where: Del Mar Racetrack
Description: Presenting the FREE Del Mar T-SHIRT GIVEAWAY. Two versions will be given away– a regular t-shirt and a ladies-cut version. The regular version is available in M, L, XL, XXL.The ladies-cut version is available in M, L, XL. The heavy cotton fabric is soft to the touch. One t-shirt per person with paid admission while supplies last. 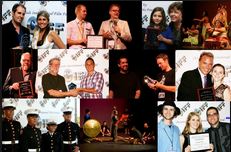 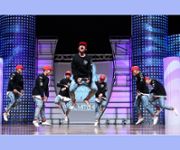 What: USA & World Hip Hop Dance Championships
When: Sunday August 9, 2015
Where: Viejas Arena at Aztec Bowl, San Diego
Description: San Diego will be abuzz with energy as national street dance champions from 50 countries, some 3,500 dancers in all, go head-to-head at World Hip Hop DANCE Championship XIV and World Battles from August 2-9. The week starts with the USA Hip Hop DANCE Championship to determine who will represent the nation in the world’s #1 event in street dance. Dance crews, MegaCrews, BBoys and Freestylers will bust their best moves during a series of elimination rounds at Harrah’s Resort Southern California to set the stage for the World Finals at Viejas Arena @ San Diego State University. Complete schedule and ticket info available at www.hiphopinternational.com

Get latest hand selected deals and coupon codes from thousands of advertisers online at MyVoucherDeals.com.