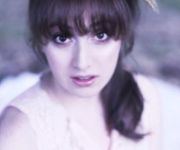 What: Kelly McGarry Presents
When: Friday February 6, 2015
Where: House of Blues San Diego
Description: Doors: 7pm Show: 7:30pm Lineup: Escape the Fate The Family Ruin Hundred Caliber Shot in the Dark *All support acts are subject to change without notice. All ages welcome. All persons under the age of 18 must be accompanied by a parent, guardian, or by a responsible adult 25 years of age or older who has written authorization from a parent or guardian. This performance will be in the Voodoo Room at House of Blues San Diego.

What: Aziz Ansari Show
When: Friday February 6, 2015
Where: Valley View Casino Center, San Diego
Description: Parks and Recreation star Aziz Ansari is quickly rising to stardom as both actor and comedian. He’s sold out shows at Madison Square Garden, won Variety’s 2014 Power of Comedy Award, and rubbed elbows with the likes of Jay-Z and Kanye West. He nabbed the cover of Rolling Stone and the title “Funniest Man Under 30” and was named a “Breakout TV Star” and “Funniest Dude in Prime Time” by Entertainment Weekly and People.
Cost: $55 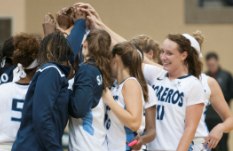 What: USD Women’s Basketball – vs. Pepperdine
When: Saturday February 7, 2015
Where: Jenny Craig Pavilion, Alcala Park, San Diego
Description: Cindy Fisher was named the University of San Diego head women’s basketball coach on April 19, 2005. In her ninth year at the helm of the Torero women’s basketball program, Fisher helped lead USD to an overall record of 24-9, the second most wins in program history, and reached the Sweet 16 round of the WNIT for the second time in three years. USD opened the season with a perfect 15-0 record, which led to the programs fist-ever national ranking of No. 24 in both the Associate Press and Coaches top-25 polls. 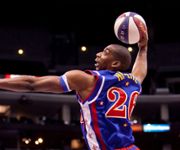 What: Harlem Globetrotters Family Show
When: Sunday February 8, 2015
Where: Valley View Casino Center
Description: The iconic Harlem Globetrotters are coming to town with their unrivaled family show, featuring some of the greatest athletes on the planet. With incredible ball handling wizardry, amazing rim-rattling dunks and trick shots, side-splitting comedy and unequaled on-court fan interaction, this must-see event is guaranteed to entertain the whole family – creating memories that will last a lifetime. The Globetrotters will face a great challenge this year, as the infamous Washington Generals are more determined than ever to beat the Globetrotters. The Generals, the last team to beat the Globetrotters, are now coached by a former member of that 1971 team. They are on a mission and will do whatever it takes to win, with a new strategy that’s sure to give the Globetrotters a run for their money. 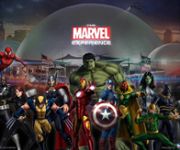 What: The Marvel Experience
Where: Sunday February 8, 2015
When: Del Mar Fairgrounds
Description: Join forces with Marvel’s mightiest Heroes on a mission to save the planet. The Marvel Experience is a first-of-its-kind attraction that covers over two acres and encompasses seven colossal Domes. As S.H.I.E.L.D.’s newest recruit, you’ll swing with Spider-Man, smash with Hulk, and fly with Iron Man in next generation hyper-reality as you prepare to face the forces of Hydra.