The Parade travels up Fifth Avenue from Laurel to Upas Street and then returns down Sixth Avenue to Laurel. An event filled Irish Festival follows in Balboa Park with live entertainment.

There will be over 120 Parade entries. Come and see Bagpipers and High School Marching Bands, Police and Fire Department Units, Floats, Dancing Groups, Marching and Equestrian Units, Clowns, Dignitaries and Honorees, Representatives from Ireland, Antique Cars and more. Moe Giacalone is the 2016 Parade Chairperson and the Theme of this year’s Parade is “Commemorating the 1916 Easter Rising in Ireland”. 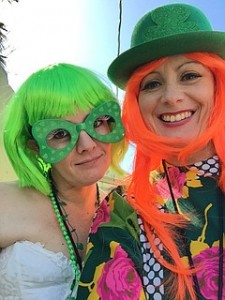 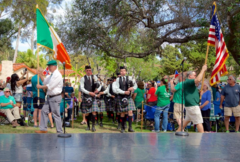 What: House of Ireland March Lawn Program
When: Sunday March 13, 2016
Where: International Cottages, Balboa Park
Description: Join us for our annual celebration of Ireland’s rich culture! Traditional Irish treats will be on sale at the cottage throughout the day, so have a nibble and grab a seat on the lawn for the show! FREE and fun for all ages! 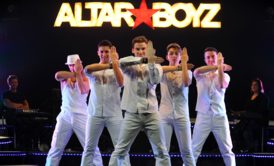 What: Altar Boyz in Concert
When: Ongoing till Staurday march 12, 2016
Where: Coronado Playhouse, San Diego
Description: Coronado Playhouse presents Alter Boyz in Concert. 4 days only! March 9 – 12, 2016. The 2005 Outer Critics Circle Award for Outstanding Off-Broadway Musical, Altar Boyz is full of sharp parody, sinfully spectacular dancing, and irreverent humor. This spoof about a heavenly guy-group is adored by audiences and critics alike. With an extraordinary mix of side-splitting songs, convincing enough to be played on MTV, uncontrollable laughs and lighthearted fun, this award-winning and totally original musical is 90 minutes of pure delight! 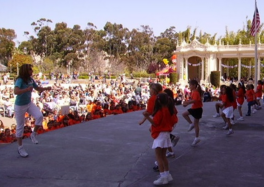 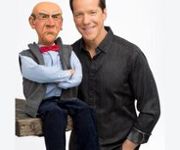 What: Jeff Dunham Comedy
When: Saturday March 12, 2016
Where: Viejas Arena, San Diego
Description: On Saturday, March 12th, Jeff Dunham, the wildly popular and internationally acclaimed comic/ventriloquist is loading up the bus along with his cast of characters and heading to the Viejas Arena on their “Perfectly Unbalanced” International Tour.
Cost: $51.50 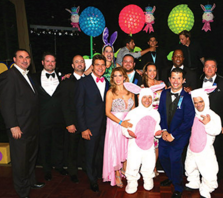 What: The Bunny Ball
When: Saturday March 12, 2016
Where: Hilton San Diego Resort
Description: The 2nd annual Bunny Ball is held at the Hilton San Diego Resort and Spa and will have over 2,000 attendees with over 1,500 stuffed bunnies collected for Miracle Babies, Rady Children’s Hospital, Easter Seals, and Boys & Girls Clubs of San Dieguito. The black tie charity event is produced by the Cruise 4 Kids, a 501c3. Each attendee must bring a new stuffed bunny which will be placed at the Bunny Wall in the ballroom. Guests are greeted by paparazzi as they walk down the “Green Carpet” in lieu of red.The night’s festivities include live performances by Barry Cohen “The Cocktail Crooner”, DJ by SOS Entertainment, candy buffet, photo booth, magicians, and raffles. There are over-sized Easter baskets and carrots, along with performers throughout the night. This high energy event brings out the best in people and gives them a night to remember. 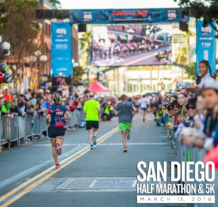 What: 5th Annual San Diego Half Marathon
When: Sunday March 13, 2016
Where: San Diego Convention Center
Description: The 5th Annual San Diego Half Marathon & 5K, a one-of-a-kind race and nonprofit event that showcases San Diego’s beautiful bay front and historic communities, is set to take place on Sunday, March 13 beginning at 7 am. The 13.1-mile San Diego Half Marathon is joined by the shorter options of a 2-person half marathon relay (a team of two completes 6.55 miles each) and 3.1-mile 5K, all with finishes on 5th Avenue in the Gaslamp District. A new school challenge program has been added this year encouraging students to get into running while earning funds for their schools. Students, teachers, and their parents receive discounts on registrations and earn money back for their school for every team member participating. Online registration is scheduled to close on March 6. 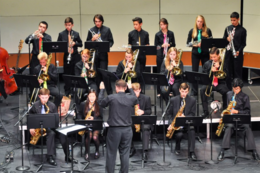 What: 5th Annual Jazz Festival
When: Sunday March 13, 2016
Where: Old Town Temecula Community Theater, San Diego
Description: Temecula Theater’s beloved annual Jazz Festival is sure to be a hit this year! Peruse the courtyard-turned-marketplace and enjoy music from the David Ring Trio on our outdoor courtyard stage beginning at 12:30pm. Then join us inside our state-of-the-art Theater to savor the flavors of some of the most sensational artists and finest musicians from the Desert Inland Empire and Los Angeles areas, from the Keith Droste Trio to the All Star Big Band, featuring popular singer Mike Costley and the ever remarkable vocalist and pianist, Yve Evans. Spend a delightful, spring afternoon with us for the best Jazz around!