Published by sandiegovips On August 11, 2012 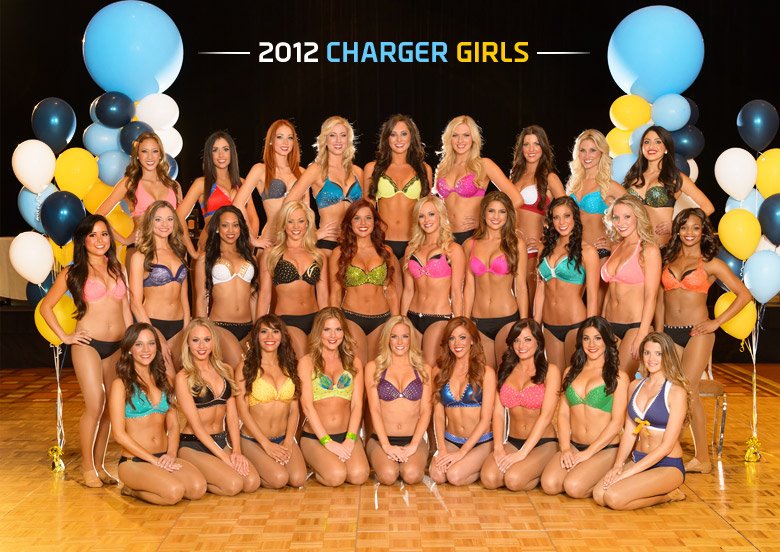 The squad is made up of 15 returning veterans and 13 first-time Charger Girls. Seventeen of the 28 Girls are students, including five each from the University of San Diego and San Diego State University. Many hold full-time jobs, including a magazine editor, a Pilates instructor, an exercise studio owner and a medical assistant.

The roster includes 10 native San Diegans and women with interesting backgrounds, such as first-time Charger Girl Andrea who started the non-profit organization Saving the African Kids (S.T.A.K.) in high school to help raise funds for a group of 52 poverty-stricken and AIDS/HIV-affected children in Rustenburg, South Africa. Rookie Alexis Lauren was Miss California Teen USA in 2011, and Amanda is fluent in American Sign Language.